A Gold Coast Comedy Festival at the Home of the Arts

The Gold Coast's annual comedy festival is off its leash and back with a bite for 2021! GC Laughs is going to be massive, and we are super excited to bring you huge, hilarious, star-studded comedy shows between March 13 and 21 in 2021. GC Laughs has partnered with the very best in international and national talent to bring you a week of comedy at the perfect venue - the Gold Coast's Home of the Arts.

We have partnered with the Home of the Arts to bring you a side-splitting week of comedy with international, national and local acts - you'll see some of the biggest names in comedy performing in the Arts Theatre, comedy crushers from all over Australia and abroad packing out the Showroom, and some intimate, hilarious shows taking place in The Basement. We couldn't be more excited to bring you an incredible comedy festival at the Gold Coast's best venue for it! 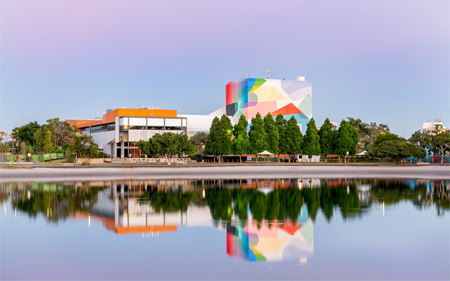 And receive updates, special offers, promo codes and as many marketing emails as we can manage before you unsubscribe.